Hugh Gordon and Nicki Mazza embody the spirit of New York City in DTC’s latest production, a musical rom-com called I Love You Because. Each plays (true to their generic names of “NYC Man” and “NYC Woman”) a variety of characters who help bring to life this “Friends”-like story of twenty-somethings looking for love in the city that never sleeps.

“It’s a wonderful theater production that most people are not familiar with, which makes it a lot of fun to be a part of. No one is going to come in with preconceived ideas of the characters or how it should be staged. Finding love is a story that everyone can identify with and the music is incredible with harmonics that are fun to sing and even better to listen to,” says Gordon, a former DTC board member who has appeared in numerous DTC shows starting with 1989’s Damn Yankees.

“It’s a light, fun romp through the New York City dating scene.  It’s romantic and funny, and just a little bit racy.  I’m also thrilled to be working with such a fun-loving and talented bunch of performers in this show! ” adds Mazza of her sixth DTC production. It’s also her fourth show at the Gaithersburg Arts Barn.  “I love the space—it’s very intimate and warm, and the closeness always seems to lead to a special bond and camaraderie among the cast. ”

What’s it like playing multiple roles—everything from a bartender and cocktail waitress who are sweet on each other to a crabby landlord and cranky neighbor? “Playing all of the male ensemble characters gives me a chance to play the five hues of Hugh,” jokes Gordon. “I get a chance to find subtle ways to make each different so that the audience will (hopefully) realize when I am playing someone in one scene that is different from the guy in the last scene. It was fun learning different accents that helped to differentiate.”

Mazza notes, “I play several characters, often within minutes of each other!  My characters, along with [Gordon’s], are sort of the therapists of the show—giving advice and guidance to the poor young lovers trying to figure out their romantic entanglements.  Sometimes we’re right, sometimes we’re wrong, but at least we try!”

I Love You Because plays Friday and Saturday nights at 8pm and Sundays at 2pm the weekends of February 10-12, 17-19, and 24-26. Don’t miss Gordon, Mazza, and rest of the talented cast in this musical that’s the perfect way to celebrate Valentine’s Day with your special someone. 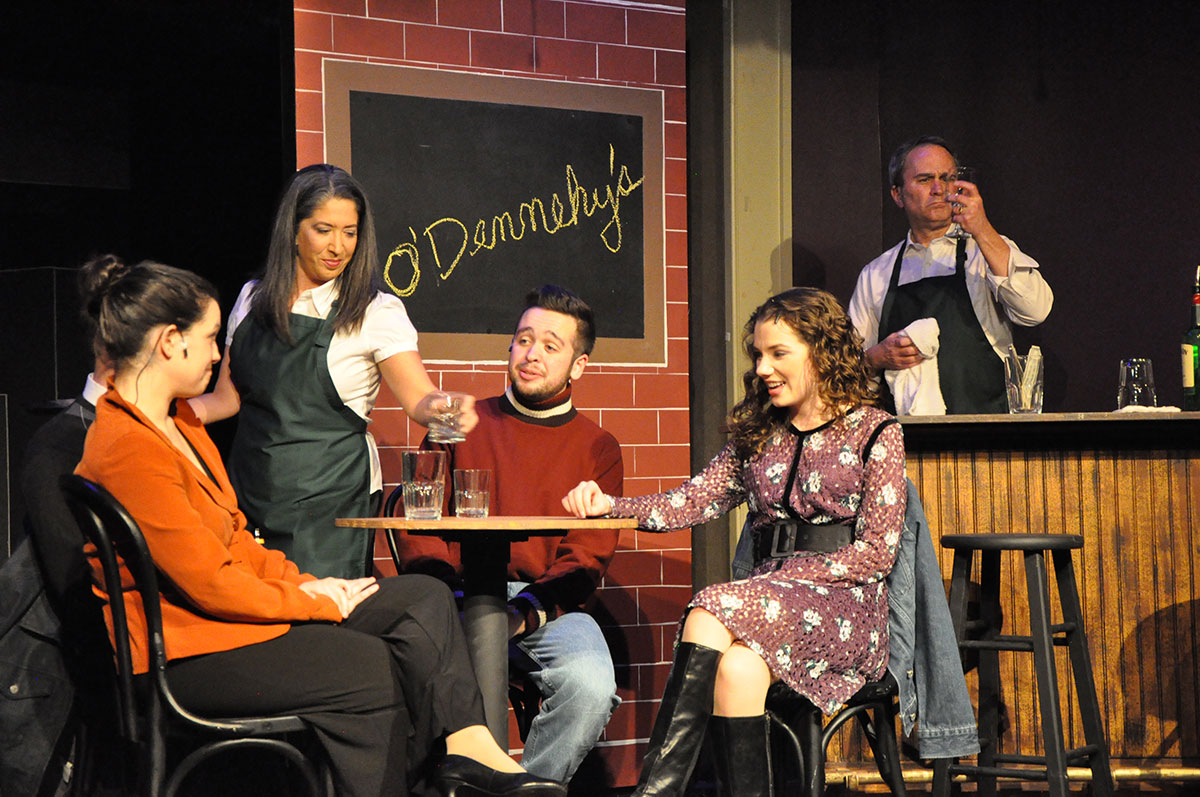 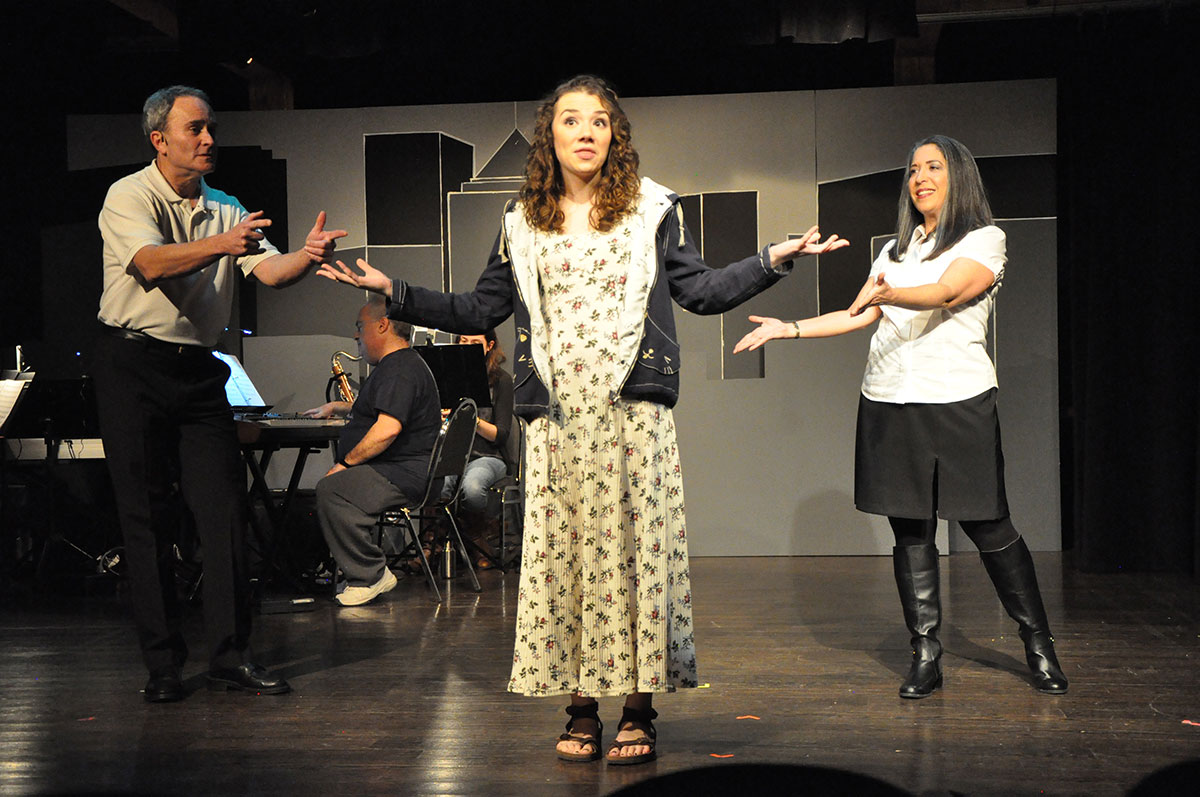