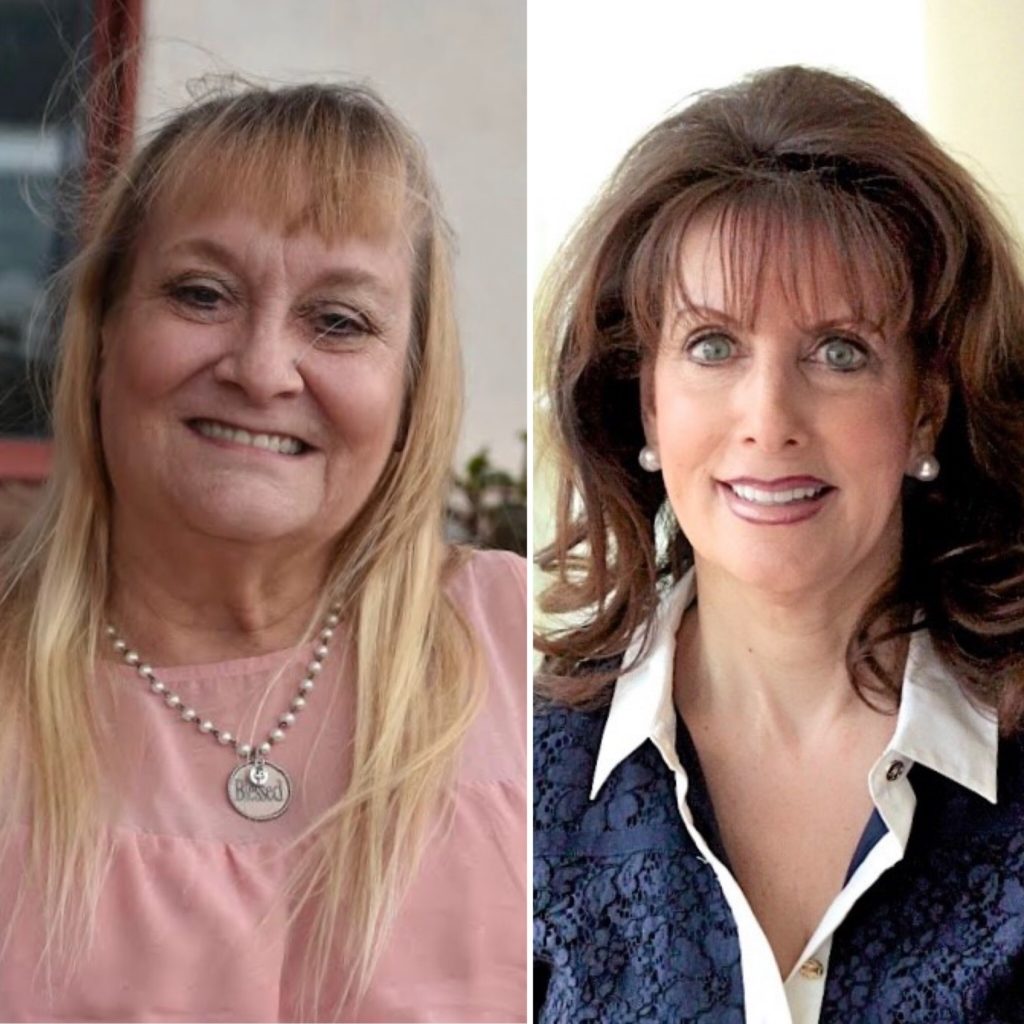 The year 2020 marks the 35th anniversary of the founding of the Damascus Theatre Company, which traces its roots back to two friends and Damascus residents, Maria Stanton and Jeannine (Jacobs) Wood.

Jeannine had a love of singing and musicals from childhood as her dad was a music teacher. She was the editor of the neighborhood newsletter so decided to run an ad that said, ‘Does anyone want to start a theater company with me?’ Maria answered that ad and according to Jeannine she couldn’t have found a better person to partner with.

The two DTC co-founders recognized a lack of artistic outlets in Damascus and the growing communities of upper Montgomery County. Since both of them had a background in musical theater, with Maria majoring in voice at University of Maryland, they decided to start a community theater group in Damascus. Their goal for DTC, as Maria and Jeannine explained recently in phone interviews, was to create an artistic community for families, as well as children and adults of all ages, and to showcase the significant and expanding talent pool up county.

According to Jeannine, they quickly realized the costs involved in putting on a musical and sought help from the county. They were able to secure a bit of seed money from the county government, the fledgling group did not have enough money to secure performance rights to a musical. 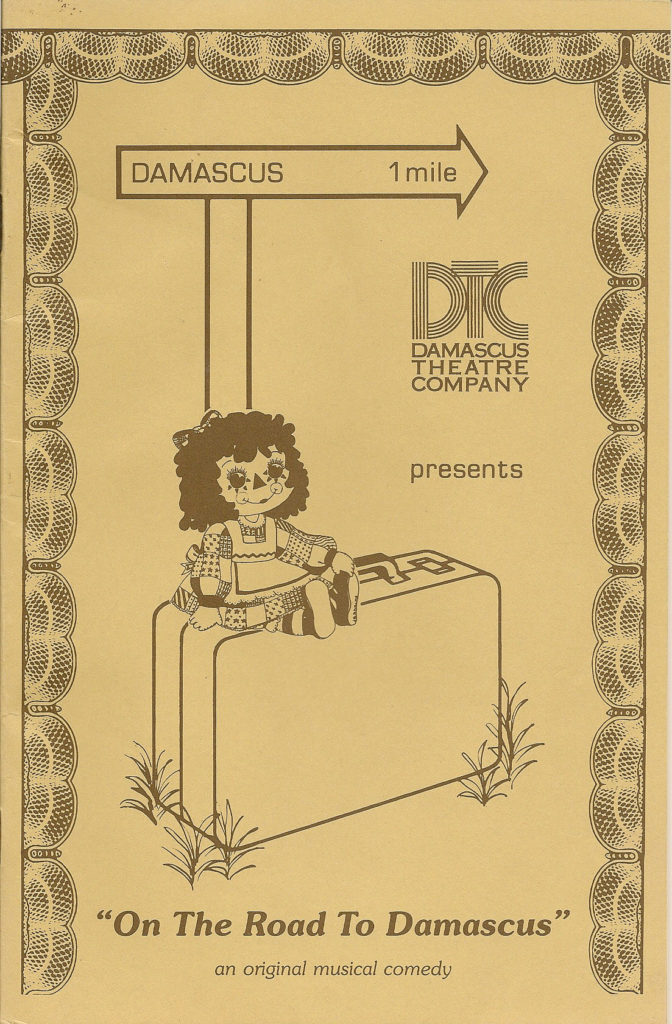 Maria and Jeannine shared some fascinating stories about DTC’s first production, called On the Road to Damascus. Fortunately, Maria had been sharing news of her new theater group among her friends and social circle, and she was able to recruit a fellow church choir member, Patrice Kaluza, to dedicate some of her time to the new endeavor. When she heard about DTC’s performance rights issue, Patrice actually wrote On the Road to Damascus herself, specifically for DTC to perform! The show was a coming of age tale set in Damascus, and featured original music as well as story. Maria explained that the parts were written in a flexible way so that anyone who wanted to be in the show, no matter their age or level of experience, could perform. DTC performed On the Road to Damascus at Damascus High School. Each performance also included a spaghetti dinner, catered by the DHS home economics department!  Right from the beginning, DTC established itself as a family friendly community theatre group with a strong local focus. Maria is proud that her and Jeannine’s passion project has grown into such a community mainstay while maintaining these characteristics. Maria believes that the Damascus community has many talented people, and the people are what make DTC great.

One of those talented people from the early DTC years is Hugh Gordon, who you may have seen in recent DTC productions The Bridges of Madison County (Charlie) and I Love You Because (NYC Man). Hugh claims it was his ability to “act dumb well” that secured him his first role as “Rocky” in DTC’s 1989 production of Damn Yankees, which was co-directed by his neighbor Ron Stalbaum. The show was held at the Damascus Volunteer Fire Department Activity Center, and just as DTC members showed their resourcefulness in writing the original performance of On the Road to Damascus, Hugh explained that the cast of Damn Yankees all chipped in to build their set, some of it not getting finished until tech week! Hugh remembers the cast and crew getting everything together in time for the performances. He also remembers one Saturday night performance when he stepped up to sing his solo and went blank for what seemed to him to be a few minutes. He looked down and saw a cast member mouthing him the words, which saved him and got him back on track. When he asked his wife Bonnie after the show how long it seemed to the audience, she replied she thought since his character was dumb, it looked as if he was just playing true to his role! It is a testament to DTC’s local reputation and history that Hugh continues to act with DTC to this day, 31 years after his first role. Just like Maria, Hugh pointed to the pool of talented individuals that live in the area and regularly perform with DTC as part of what makes the group special. Hugh is a shining example of the talent that DTC has put onstage over the past 35 years.

Another talented and prolific DTC performer from the early years is Jerilyn Nacht. Jerilyn performed with DTC in many different productions of classic musicals during DTC’s first 5 years and beyond including South Pacific, The Sound of Music, Damn Yankees, The Music Man, Hello Dolly, Bye Bye Birdie, Fiddler on the Roof, and How to Succeed in Business Without Really Trying.  Her favorite role was ‘Golde’ in Fiddler on the Roof. Like Hugh, she fondly remembers the challenges involved with performing at the Damascus Volunteer Fire Department Activity Center, which not only required the cast to build the set from scratch, but also did not have a space for the cast to change between scenes. Jeannine enjoyed the shows there ‘because everyone ate and performed in the same room’. Her daughter would help paint sets too.

Jerilyn has remained heavily involved with DTC over the years, and her name has become synonymous with the DTC Kids program, as until very recently she directed each DTC Kids performance. She currently serves DTC as a member of its Board of Directors.Hugh and Jerilyn look forward to attending more DTC shows once live theatre is back up and running. As we continue to look back and celebrate DTC’s heritage over the next few months, it will be important to remember that none of this could have happened without the vision and dedication of Maria, Jeannine, and Patrice, who sadly passed away in 2019, as well as the hard work of talented actors and directors like Hugh and Jerilyn. They laid the foundation for DTC to grow into the award winning, locally renowned group that it is today. 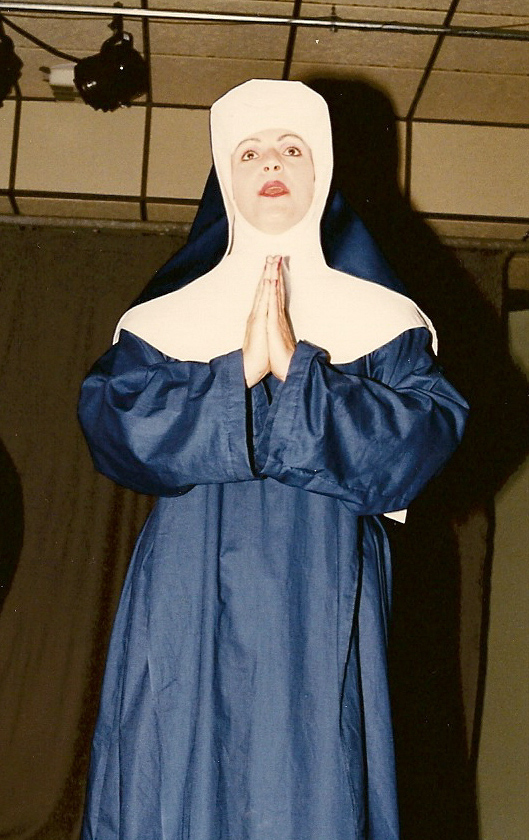 Jerilyn Nacht in The Sound of Music, 1988 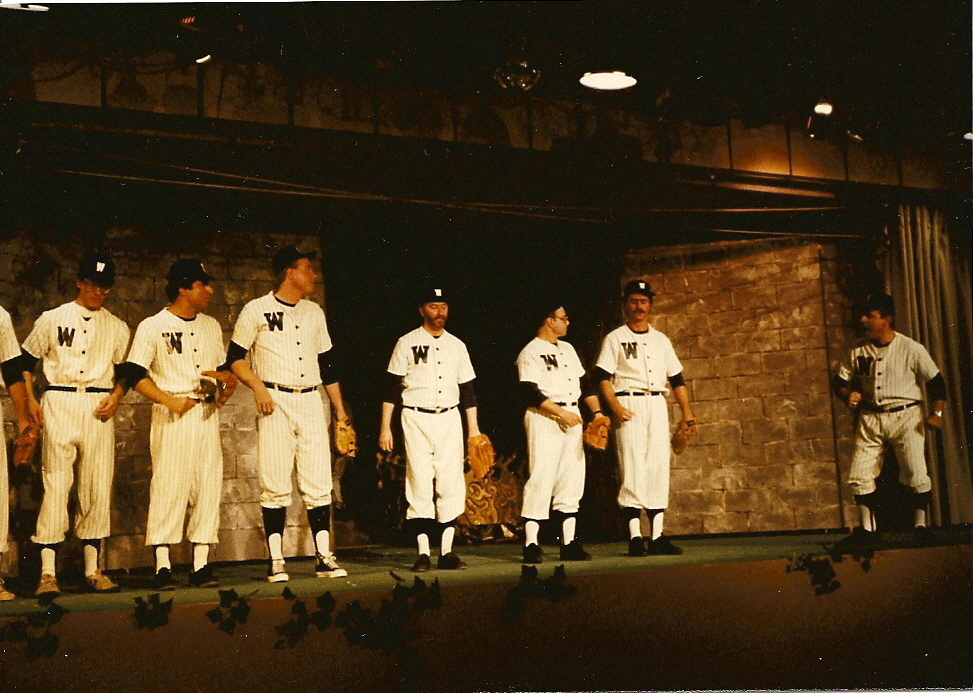 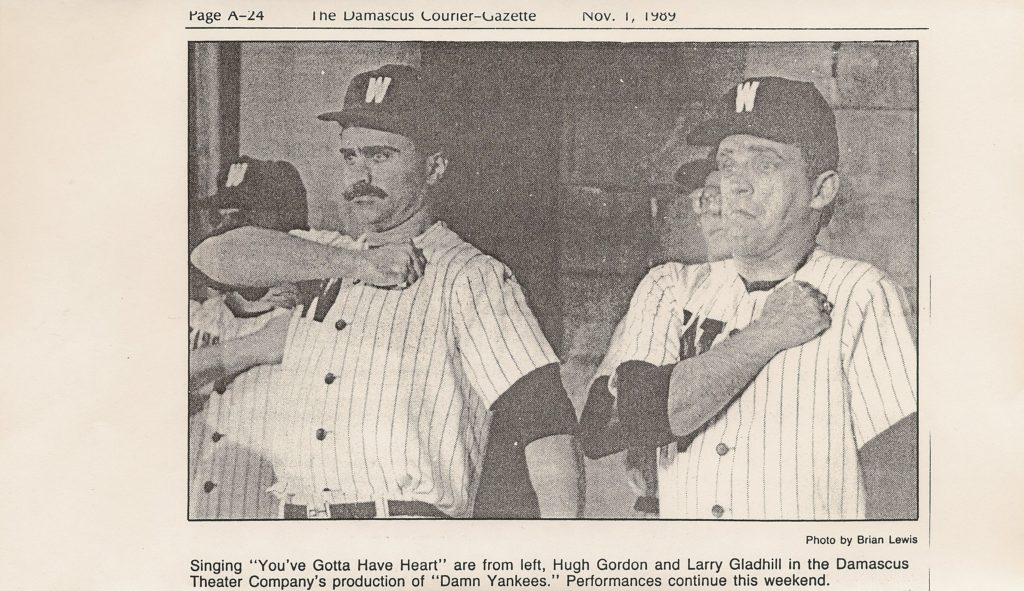 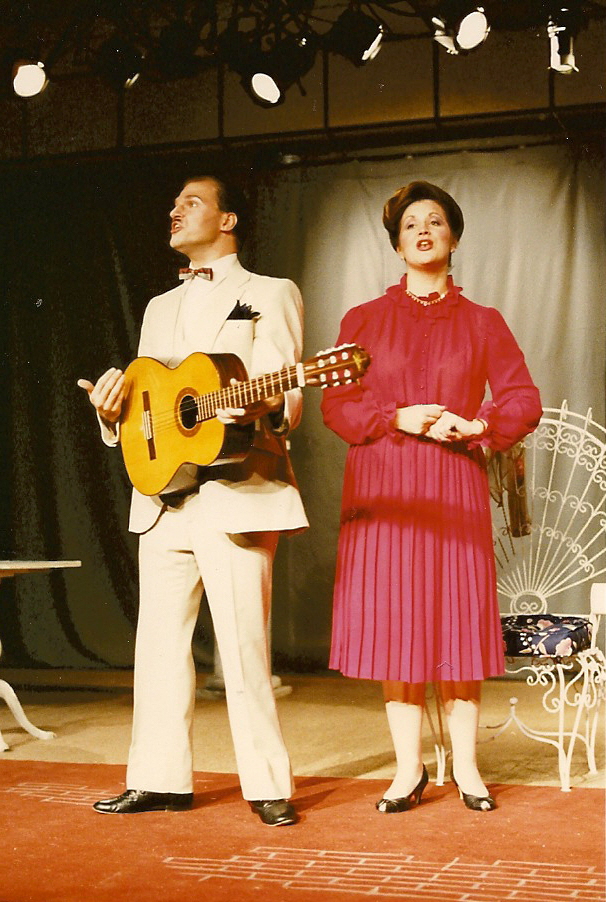